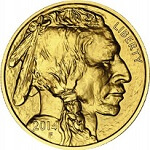 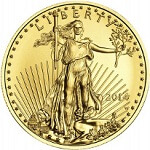 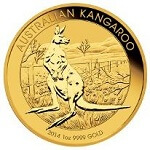 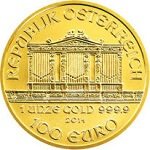 Australian Philharmonic
Gold, minted by the Austrian Mint.  This Bullion Coin is a .9999 fine (24 karat) gold.  Introduced in 1989, it was initially denominated in Austrian Shillings, but as of 2002 it has been denominated in Euros (100 Euros).   The Philharmonic also is available in the 1/2oz.,  ¼ oz. and 1/10 oz. denomination as well. The obverse side of the coin features the name of the orchestra in German, and a montage of instruments.  The reverse image is of the “Great Organ” found within the concert hall where the Vienna Philharmonic Orchestra performs.  The weight is listed as 31.103 grams: with a composition of 1.0000 Troy Ounce of Gold.  This coin has a Diameter of 37mm (largest of the Gold Bullion Coins) with a modified reeded edge. 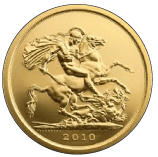 British Sovereign
Gold, minted by the Royal Mint in the United Kingdom.  Introduced in 1489 and minted until 1604.  It was re-introduced in 1817.  The coin was used as currency until World War I when Great Britain abandoned the Gold Standard.   The Obverse currently has the portrait of Queen Elizabeth II.  In past years, portraits of King Edward VII, King George V and Queen Victoria have also appeared on the coin.  The reverse has a design by engraver Benedetto Pistrucci of St. George killing a dragon.   The image represents good defeating evil and has been the only constant since 1817.  This Bullion Coin has 0.2354 Troy Ounces of gold and weighs 7.988 grams.  It has a diameter of 22.05mm. 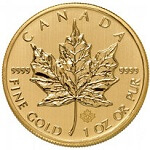 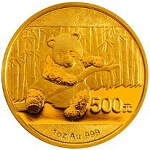 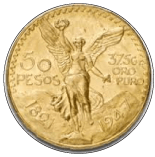 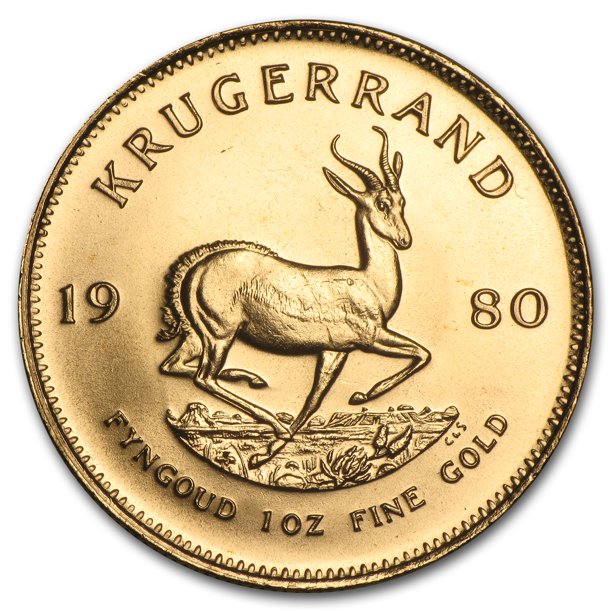 South African Krugerrand
Gold, minted in South Africa.  This Bullion Coin was the first gold coin to be minted with 1 full Troy Ounce of Gold.   Originally minted in 1967, the obverse has the profiled bust of President Paul Kruger and the countries name in both English and Afrikaans.  The reverse side features an antelope and the word Krugerrand.  The word is derived from the president’s name and the monetary unit of South Africa, the “Rand.”  This coin has no denomination; value is based totally on the current gold market price.  The weight of the coin is listed at 33.930 grams, 1 Troy Ounce of Gold and 2.826 grams of Copper.  This coin has a Diameter of 32.6mm with a reeded edge.

“Dear Linda, we want you to know how much we appreciate your help.  Everyone in your office is always so patient with my myriad of questions.  It’s not easy to find someone who looks past the profit margin and focuses in on helping people.  So thank you for offering your business as platform of help and mentoring to others.”